When entertainer and fashion designer Kanye West announced his intention to run for President of the United States in 2020, he began holding public campaign events. After displaying some erratic public behavior in July, members of the media began to speculate about the state of his mental health. Shortly after, his wife Kim Kardashian West released a public statement that addressed his mental health. Here is part of her statement:

“As many of you know, Kanye has bi-polar disorder. Anyone who has this or has a loved one in their life who does, knows how incredibly complicated and painful it is to understand. But today, I feel like I should comment on it because of the stigma and misconceptions about mental health. I understand Kanye is subject to criticism because he is a public figure and his actions at times can cause strong opinions and emotions.

He is a brilliant but complicated person who on top of the pressures of being an artist and a black man, who experienced the painful loss of his mother, and has to deal with the pressure and isolation that is heightened by his bi-polar disorder. Those who are close with Kanye know his heart and understand his words some times do not align with his intentions.”

This statement helped the media and the public reframe some of the conversations around Kanye West’s actions during his campaign in terms of his bipolar disorder. It helped remove some of the stigma and mocking tone from the public dialogue. With public attention focused on the disorder, it can be valuable to learn as much as possible in order to have empathy and compassion for those who are suffering from the effects of a challenging mental illness such as bipolar disorder. 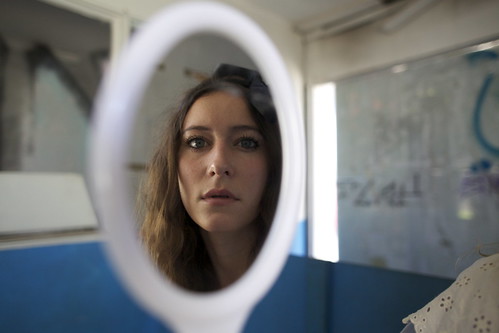 According to the National Institute of Mental Health, bipolar disorder (previously known as manic depression) “causes unusual shifts in mood, energy, activity levels, concentration, and the ability to carry out day-to-day tasks.” It’s characterized by episodes of high emotional intensity called mania and episodes of low emotions called depression. During a manic episode, someone may feel:

Behavior changes may include:

In contrast, during an episode of depression, someone may feel:

Noticeable lifestyle factors may include:

There are four types of bipolar disorder. Diagnosis falls into one of the following:

If you or a loved one has experienced a mild or severe case of any of the common bipolar disorder symptoms, it’s time to get an assessment from a qualified health professional. Bipolar disorder is often diagnosed in teenagers or early adulthood, though it can sometimes be difficult to determine if teenagers are experiencing the more typical mood swings associated with puberty. The average age for onset is 25. Stress or trauma and mental health problems can share symptoms with bipolar disorder. Sometimes people aren’t aware of how much their mood swings actually affect their lives and the lives of their loved ones and end up delaying treatment.

A trained medical or mental health professional will know how to place moods and behaviors in the right context and offer tools such as medication and therapy for getting the symptoms under control. The manic episodes of bipolar disorder can create financial, physical, or relationship-related consequences that can be difficult to undo or resolve. They can leave you exhausted and lead to symptoms of depression. With proper care, many people can find solutions to help manage their symptoms. Someone with bipolar disorder may need emergency intervention if they have suicidal thoughts or experience psychosis.

Scientists don’t know the precise cause of bipolar disorder, and they have yet to fully identify the genes or brain conditions in people with the illness. While the exact causes are unknown, scientists have identified some higher risk factors for the development of the disorder. The risk factors include:

Just like Kim Kardashian West expressed in her statement, the family can experience pain and worry when a loved one suffers from bipolar disorder. In the case of children and teenagers, troubling behaviors may manifest themselves at school or in other public settings. At NeuroHealth Arlington Heights, we focus on helping families who need assistance in finding strategies for coping with emotional and mental health issues across the board.  Contact us if you or a family member has shown the symptoms listed above. We’re here to support you.