When you hear the terms neurology and neuropsychology, they may sound so close that determining the difference can be confusing. While there’s an intersection between some of the conditions treated by these specialties, each focuses on different aspects.

What Is a Neurologist? 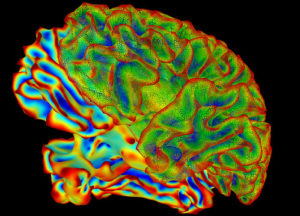 What Conditions Does a Neurologist Treat?

What Do Neurologists Do?

Neurologists may also treat people who have brain damage, such as someone who has been in a car accident or suffered head trauma. They use various methods to test and diagnose a patient to evaluate someone’s condition. They will observe and measure different aspects of an illness or injury. They may employ additional tests using MRIs (magnetic resonance imaging, or called NMRI, for nuclear magnetic resonance imaging) to determine the underlying factors contributing to the patient’s symptoms.

Many symptoms may arise from different neurological disorders; some might include tremors, problems with balance, confusion, fainting, dizziness, and pain.

What Is a Neuropsychologist?

What Is the Difference Between Neurologists and Neuropsychologists?

Neurologists focus on treating physical symptoms and causes of brain disorders, often using medication. In contrast, neuropsychologists treat the mental, cognitive, and behavioral issues of brain disorders without medication. Neuropsychologists perform evaluations and administer tests to pinpoint a specific treatment plan based on the individual concerns and needs of the patient. Both specialists could treat a patient for different aspects of the same disorder. The neurologist would focus on treating the medical aspects, while the neuropsychologist would concentrate on treating the psychological side effects of the disorder.

Which Specialist Is Better at Treating Concussions?

Even though neurologists may have the qualifications to deal with some aspects of the injury, the combination of symptoms found in people with concussions is more suitable to be treated by a neuropsychologist. The neuropsychology specialty is better equipped to fully grasp the interplay of the physiologic and psychological components underlying concussive injuries.

In addition, the medications that tend to be prescribed by neurologists for concussions have the unfortunate side effect of worsening the existing presenting symptoms of the patient. Moreover, if you seek a treatment plan that doesn’t include medications, seeing a neuropsychologist is your best bet. The symptoms of your concussion also need to be targeted and specific to your symptoms, as well as the areas that you wish to improve.

Understanding the Similarities and Differences Between the Two Specialists

To help you better understand, here’s a quick breakdown of the similarities and differences:

If you’re interested in learning more about neurology or neuropsychology and how each specialty may benefit you and the treatment of any disease or disorder affecting you or a loved one, reach out to the experts at NeuroHealth Arlington Heights. You can reach us at 847-499-1604 or via our secure online contact form. A team member will be happy to answer any questions you may have or get you set up for a consultation.