It’s not uncommon for one or both partners in a relationship to feel unhappy in some way, at some point, for some reason. After all, relationships are complicated and even the best ones go through ups and downs. Communicating your feelings can sometimes be uncomfortable and intimidating, whether it’s something small like just feeling disconnected or something huge like wanting a divorce. When underlying sources of contention are ignored because they’re difficult to talk about, what began as a small concern often grows into a state of crisis.

All too often couples wait until they’re in that state of crisis to seek couples counseling. Almost everyone you’ll talk to, counselors and couples alike, will tell you the same thing: You need to start couples counseling sooner than you think. It’s always better to handle issues when they’re a small pothole in the road, or better yet before they even start to form, rather than after they’ve grown into a giant roadblock. When couples wait to start counseling until there’s a giant roadblock, it almost always could have been prevented if the tiny pothole hadn’t been ignored.

When is the Right Time to Start Couples Counseling?

People often think of counseling as a reactive last-ditch effort; we’re encountering giant roadblocks in our relationship that we can’t overcome, so let’s seek professional help. Instead, people should think of counseling as a proactive and preemptive practice; before we encounter the inevitable bumps in the road, let’s learn how to connect and communicate effectively to prevent giant roadblocks. Couples counseling can be just one of many tools you have in your relationship toolbox to keep your marriage healthy. Don’t wait until that dripping pipe bursts to realize you don’t have a wrench to fix it.

Why Should You Start Couples Counseling Sooner Than You Think?

Every couple, whether they’re just starting to date or have been married for 20 years, can benefit from sitting down with a couples counselor. After all, there’s always something new to learn about your partner’s thoughts and feelings, where you both see the relationship going, and new ways you can interact with each other. If you’re like most people in a relationship, you want the best for yourself and for your partner, and you want your relationship to grow in strength and character.

No matter what stage your relationship is at, there are always things to talk about and work on, even if there isn’t an obvious giant roadblock at the moment. The “big five” is a great place to start: religion, sex/intimacy, co-parenting, finances, and in-laws. Talking about these five big topics can be daunting at the beginning of a new relationship, but approaching them with honesty and talking about them in a safe environment and in a meaningful way will build a solid foundation for both of you. It will also help you see if your life journeys are compatible.

At the beginning of a relationship, everything may be wonderful. You’re really attracted to each other, you’re building a healthy and strong relationship, and you’re starting to imagine spending the rest of your life with this person. Mapping out your life journey so early in a relationship can be a little overwhelming, but with the help of couples counseling, it can be fun instead of stressful. Difficulties or incompatibilities may exist with one or more of the big five topics, and sorting out those differences in a proactive way can prevent a lot of roadblocks and heartache in the future.

Regardless of what stage your relationship is at, it’s never too late and never too early to start couples counseling. There’s a difference between communication and effective communication. Both partners in a relationship need to feel they can express themselves fully and in a safe environment. You both need to feel heard, respected, cared for, and soothed. Whether it’s getting out of a rut,  a major life change, or just grow deeper in your relationship, couples counseling can give you both that opportunity. 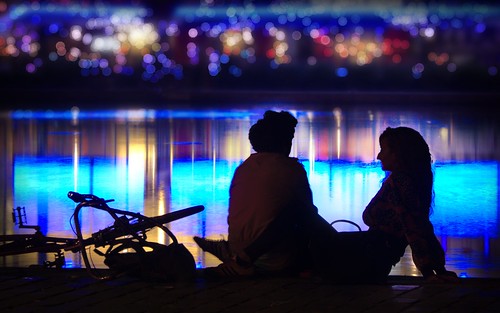 How does it Help to Start Couples Counseling Sooner?

Imagine that you wake up one morning with a toothache. It’s only slightly uncomfortable, but it’s there. Are you the type of person who scrolls through your phone contacts, calls your dentist as soon as they open, and makes an appointment before the pain gets any worse? Or, are you the kind of person who waits until the toothache is causing unbearable pain and then finally starts calling dental offices hoping that one of them will accept you as a new patient? The earlier you seek treatment, the shorter the course of treatment, saving you time and money.

This also holds true with your couples counselor. If you start working with a couples counselor early in your relationship and you work through any challenges and build a solid foundation, then you’ll only need to make occasional appointments like regular cleanings at the dentist. When a roadblock arises, like an unexpected cavity, you know you have someone you trust on speed dial who can help you. This person knows your relationship history and has been caring for you for years, so you can stop by for immediate help before the cavity turns into a root canal.

Here at NeuroHealth Arlington Heights, we believe couples should start counseling sooner than they think. We’re a family practice that believes each relationship is unique and deserves the best shot at long-lasting happiness. If you liked this article, contact us and let us know. We’d love to hear from you!