Attention deficit hyperactivity disorder, better known as ADHD, is a behavioral disorder that is believed to have neurological origins. It can manifest in many different ways, but it typically means that a person diagnosed with ADHD has difficulty attending to tasks, staying organized, sitting still, or concentrating. Many children can show symptoms before the age of 7. However, sometimes ADHD symptoms don’t become apparent until the teen or young adult years.

What Are the Types of ADHD? 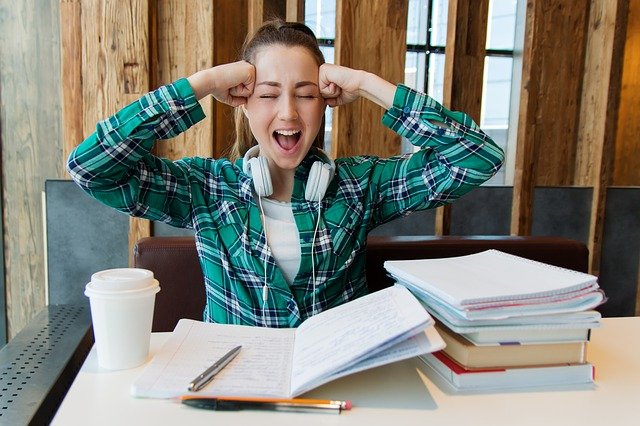 Image via Pixabay by nastya_gepp

ADHD can present itself in three different ways. The first way is inattentive behavior, sometimes referred to as the attention deficit part of ADHD. This means that a person struggles with focusing, completing tasks, listening, and being organized. This type of person can generally manage their impulsivity and activity level. Inattentive behavior is often easily overlooked and difficult to determine. Those affected by attention deficit can become lost in the commotion of everyday life.

Next is the hyperactive or impulsive type. A person with this type of ADHD can struggle with sitting still, waiting their turn, blurting out, attending to a task, and controlling their urges. They tend to be more disruptive, making this type easier to identify. This person may appear to be moving 100 miles per hour at all times and may struggle with peer relationships due to impulsivity.

The third type of ADHD shows a combination of inattentive, hyperactive, and impulsive behaviors. This type includes all aspects of ADHD, such as lack of focus, hyperactivity, impulsiveness, disorganization, and inability to complete tasks.

What Are the Causes of ADHD?

There are no known causes of ADHD. However, if you have a parent diagnosed with ADHD, you have an increased chance of developing it. A child’s chance of being diagnosed with ADHD increases if their mother experienced depression, used drugs or alcohol, smoked cigarettes, or had a lower education level. If the mother experienced trauma to the abdomen during pregnancy, the baby could have a higher risk of having ADHD. Studies are looking at birth order as well, and a first-born child often has a higher chance of developing ADHD.

What Are the Symptoms of ADHD in Teens?

Most children are diagnosed with ADHD before entering their teens, but the teen years present their own challenges that may reveal symptoms of ADHD. As children progress through school, the tasks they are required to do become more complex and independent. As a parent, you may notice that your teen is missing more school work, has incomplete assignments, is staring off, lacks organizational skills, or exhibits increased impulsivity.

A child who has been diagnosed with ADHD may also go through an adjustment period once they enter the teen years. Research has shown that teens are more resistant to the treatment of ADHD than preteens. Teens may be resistant to taking medication or receiving extra help from teachers. However, as the child continues to get older, their understanding of the importance of treating their ADHD may grow, and they may become more receptive to management strategies.

To be diagnosed with ADHD, an adolescent must exhibit symptoms of ADHD in two or more settings before the age of 12, and the symptoms must impact their functioning or development. A teen who is exhibiting symptoms should be tested for ADHD.

Are There Any Differences Based on Gender?

What Are the Risk Factors for Teens With ADHD?

There are many risk factors associated with having ADHD. Although the research is inconclusive, it indicates that the use of drugs and alcohol is at a heightened risk for teens diagnosed with ADHD. One study found that 40% of teens with ADHD had tried alcohol before the age of 15, while 22% of children without ADHD had experimented prior to the age of 15.

The leading cause of death among teenagers is car accidents. When a teen with ADHD is left untreated, a study shows that their risk of being in an accident is increased by 62%. The child’s inability to focus and impulsivity can interfere with their ability to drive a vehicle safely.

Some other increased risks associated with having ADHD include dropping out of school, lower test scores, increased instances of sexually transmitted diseases, and unwanted pregnancies. Getting through high school is difficult for many young people, and it can be even more challenging when someone is also managing ADHD symptoms.

Where Can a Teen With ADHD Get Help?

Parents, caregivers, teachers, friends, and family members can all play a part in helping a teen with ADHD succeed. The sooner a child is tested and diagnosed, the better off they will be as they get older. Teens who are diagnosed early have a better understanding of how to cope with their symptoms. They may have experienced fewer setbacks in their life, which may change their overall outlook. Counseling and medication can also help keep a child with ADHD healthy and capable of making good life choices.

ADHD is a behavioral disorder that can affect people in many ways. It should not be overlooked because the sooner the issues can be addressed, the more likely it is that the child will learn to cope with the challenges. A diagnosis can result in a better quality of life as they learn to control their impulsiveness, lack of focus, need for movement, or inability to complete tasks. If you suspect you or your child has ADHD, contact the trained professionals at NeuroHealth.