Attention deficit hyperactivity disorder (ADHD) and autism spectrum disorder (ASD) have symptoms that can overlap. These are two distinct conditions that can affect the ability to focus and cause communication issues, impulsiveness, trouble with schoolwork, and relationship difficulties. Some people may have both conditions. Both ADHD and ASD occur in people whose brains are wired differently, which can be seen as neurodiversity instead of a disability. Knowing how to diagnose and treat ADHD and ASD can bring individuals’ unique gifts to light. 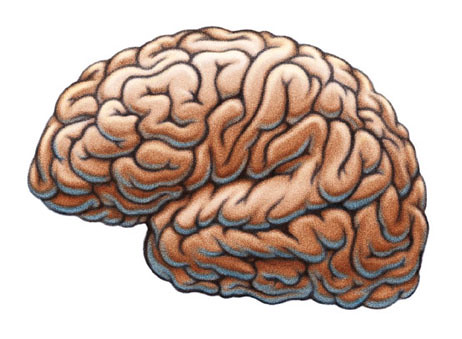 Attention deficit hyperactivity disorder, known as ADHD, manifests itself through symptoms including inattentiveness, impulsiveness, and hyperactivity. As with many conditions, the symptoms vary from person to person. Symptoms almost always appear in childhood, but both children and adults can have ADHD. In adults, it may cause difficulties with time management, organization, goal setting, and employment.

ADHD is more common in boys and can’t be prevented or cured. Early detection and management are essential.

Autism spectrum disorder, known as ASD, includes conditions of autism, pervasive development disorder, and Asperger’s syndrome. The condition affects communication and behavior and has a diverse set of possible symptoms. Severity ranges from being a minor issue to a disability that requires full-time care. People with this condition may have exceptional skills in some areas and difficulty in others.

ASD numbers are increasing due to changes in how doctors diagnose it. ASD encompasses a range of disorders, including:

Treatment for autism includes therapy and medications. Therapy can focus on behavior and communication and includes occupational therapy for life skills and sensory integration to address the difficulty with touch, sights, or sounds.

ADHD and ASD symptoms can overlap to some extent, and some people may have both conditions. Diagnosis can be complicated, but research has improved the ability to diagnose and the accuracy and detail of those diagnoses. The default diagnosis of ADHD for children who can’t focus on homework, sit through a family meal, or are impulsive may be incorrect.

A detachment from others’ emotions or feelings can be a symptom of both ADHD and ASD. People with either diagnosis may also have trouble focusing and have difficulty communicating. They may be impulsive and have relationship and school challenges. People with either condition can have trouble interacting and communicating with others and managing emotions, and focusing on things of little interest.

ADHD symptoms that don’t typically fall under ASD include being easily distracted, boredom with tasks or switching from one task to another, trouble focusing on one task, hyperactivity, nonstop talking or interrupting conversations, and difficulty sitting still. People with ADHD tend to avoid things that require concentration. They may not slow down enough to listen to what others have to say; instead, they try to take over a conversation. It’s challenging to get the attention of someone with ADHD or keep them on a task.

ASD symptoms that don’t typically fall under ADHD include:

People with ASD struggle to focus on things of little interest to them but tend to fixate on things they like. They lack social awareness, especially in group settings, and can have a low tolerance for change or differences in routines. Explaining thoughts and feelings may also be a challenge. It’s challenging to get the attention of someone with ASD because they often focus on a narrow set of interests.

Manifestation in Males vs. Females

Males are more likely to have ADHD with impulsive features or more obvious signs of ASD than females. ADHD and ASD can present differently in males than in females, but also more research has been conducted on cases in males.

Females are more likely to have ADHD that presents itself as inattentiveness rather than impulsiveness. They may also mask ASD symptoms by trying to match others’ social interactions. Younger girls who have ADHD or ASD have a better chance of being diagnosed and receiving the help they need to navigate through childhood into adulthood more successfully.

Having Both ADHD and ASD

Some people may have been diagnosed with ADHD and ASD, and research suggests that both conditions share genetic risk factors. There’s relatively little data on this phenomenon since the American Psychiatric Association (APA) didn’t recognize dual diagnoses until 2013. Before that, diagnoses simply had a significant overlap in symptoms between the two conditions.

Studies have shown that up to 30-50% of people with ASD also have symptoms of ADHD. When diagnosed with ADHD, the occurrence of ASD symptoms is about 25%. The connections between the two disorders still require further research. Significant overlap can lead to a dual diagnosis, primarily because both conditions are related to brain development effects and affect the central nervous system.

Adults can be diagnosed with both ADHD and ASD, but it isn’t as common to have a dual diagnosis as it is in children. ADHD tends to become less of an issue as people move into adulthood, while ASD is considered a lifelong condition.

In the last decade, significant research has been done that helps medical professionals provide a clearer and earlier diagnosis that allows families to address ADHD and ASD symptoms. A variety of therapies, special accommodations, and medication can help both children and adults recognize and better manage the symptoms. If you or a family member have concerns about ADHD or ASD, contact NeuroHealth Arlington Heights for opportunities for assessments and treatments for people of all ages.