People with attention deficit hyperactivity disorder (ADHD) have a higher likelihood of developing depression. Both conditions can have symptoms of restlessness and boredom; some ADHD medications can also cause depression-like symptoms. Early diagnosis of both conditions will help with the management of the symptoms. Behavioral therapy can be used for symptom management, along with talk therapy and medication. 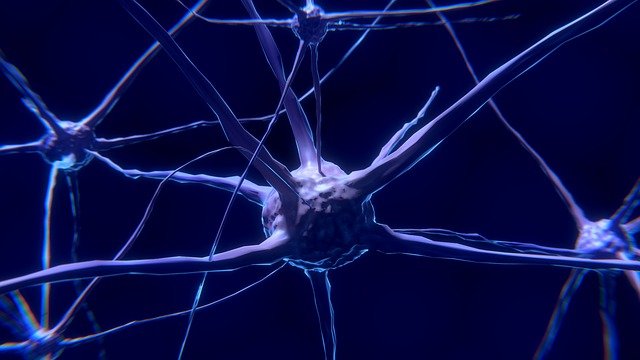 Image via Pixabay by ColiN00B

ADHD manifests itself through symptoms including inattentiveness, impulsiveness, and hyperactivity. ADHD can affect the ability to focus and cause communication issues, impulsiveness, trouble with schoolwork, and relationship difficulties. As with many conditions, the symptoms vary from person to person. Symptoms always appear in childhood, but both children and adults can have ADHD. In adults, it may cause difficulties with time management, organization, goal setting, and employment.

There are three common types of ADHD:

Depression is close to three times as common in people diagnosed with ADHD than in the general population. Medical or mental health practitioners should address symptoms of depression that have lasted more than two weeks. Depression symptoms that prevent going to school or work, socialization, or include thoughts of self-harm or suicide require immediate help. Common depression symptoms include:

There are two types of depression, primary and secondary. Primary depression is typically hereditary and isn’t related to upsetting circumstances or events that could have triggered it. Secondary depression is caused by living with ADHD symptoms and is more common in adults who weren’t properly treated for ADHD as a youth. People with secondary depression may have self-esteem issues stemming from issues in their social or professional lives.

ADHD and depression have some shared symptoms that may overlap and cause some confusion between the two conditions. Restlessness and boredom are common symptoms of both ADHD and depression. Symptoms resembling depression are possible side effects of ADHD medications, including sleep disruptions, loss of appetite, mood swings, and feelings of fatigue and restlessness.

Similarities between ADHD and depression can cause difficulty in diagnosis. Both conditions can affect the ability to focus, as well as cause hyperactivity in children.

Difficulty coping with ADHD symptoms can also lead to depression. ADHD can cause issues in school and work, creating a sense of hopelessness or other depression-like symptoms. Emotions tied to ADHD are changing based on setbacks and other issues. Emotions of depressed individuals are typically flat, with individuals chronically in a depressive mood.

Motivation levels of those with ADHD are affected by the inability to decide what to do next. Motivation levels of depressed individuals are typically low, with limited ability to initiate activities. Sleep is also affected by both conditions. People with ADHD have trouble falling asleep, while people with depression often fall asleep but are woken up by anxiety frequently.

Risks of ADHD Leading to Depression

People diagnosed with ADHD have a greater chance of developing depression in childhood and adulthood. Both conditions have genetic links, with higher rates for those with a parent or family member who has been diagnosed.

As with any medical issue, early diagnosis and treatment are the best way to manage both ADHD and depression symptoms. Medications, behavioral therapy, and talk therapy are the most common treatments. Some treatments benefit both conditions — for example, antidepressants may ease ADHD symptoms. Stimulant medications are commonly used for ADHD. Behavioral therapy helps people cope with symptoms, while talk therapy can help depression and stress.

ADHD can be treated with stimulants that increase brain chemicals connected to the ability to focus and think. Side effects include loss of appetite, headaches, and sleep disruptions. ADHD medications that don’t have stimulants have fewer side effects. Doctors may prescribe a combination of the two types of medications.

Depression treatments significantly help between 80% and 90% of sufferers, with most everyone experiencing some improvement. Depression is commonly treated with antidepressants, which also may have side effects. Children and teenagers who take antidepressants should be watched for side effects that could include thoughts of suicide. Antidepressants may ease ADHD symptoms and may be used with or in place of stimulants for treating ADHD.

As with any condition therapy, a healthy lifestyle with proper nutrition, plenty of sleep, and exercise will help the symptoms.

ADHD and depression are conditions that commonly coexist. A variety of therapies and medication can help both children and adults recognize and better manage the symptoms of ADHD and depression. Early diagnosis is important so the symptoms can be addressed. Some ADHD treatments may ease depression symptoms and vice-versa. Medical professionals will work with families to determine the best approach. If you or a family member have concerns about ADHD or depression, contact NeuroHealth Arlington Heights and learn more about diagnosis and treatment options for children, teens, and adults.